One day, the three Princes of Serendip leave their father, the King, to search for glory and treasures that will honor their father and gain his favor. They do not travel as Princes and, thus, they find much hardship and human suffering along the way. Also, too, they discover, quite unexpectedly, great good in the most unlikely of situations, places, and people. To commemorate finding valuable and agreeable things not specifically sought, the three Princes of Serendip coin a word called ‘serendipity’. There is another word, an ancient word, used by the Princes to describe the power to transform the tragedies of life by focusing on the good hidden within them.

It is told that one day the Princes came upon a great river with rushing, roaring waters. Beside the river a man in fine robes sat weeping and cursing the gods. ‘O worthy one,’ spoke the eldest of the brothers, ‘what think ye the gods have brought upon thy worthy head?’ ‘Calamity and catastrophe,’ wailed the man loudly, cursing the evil that has befallen him. ‘Tell us your story,’ begged the second brother as they gather around the sobbing man. ‘Indeed, for perhaps we may be of service to you,’ announced the youngest of the three.

‘None can help me,’ the man moaned in reply, staring sadly at the rushing river. ‘For there lies my fortune and my future. I am a merchant and I have gathered many fine things from all the known kingdoms of the world. There I built my palace, beside the banks of the river. Never has the river, in even ancient memory, run over the bank where I built my palace and stored my treasures. But now, behold. It has stolen all my most precious things.’ Again the merchant began to wail loudly.

The Princes gazed at one another and in unison they joyfully raised their voices to cry: ‘Apocatastasis!’ Bewildered, the merchant demanded the meaning of such a reaction to his sad tale. ‘It is a magical and mystical word,’ the oldest brother told him, smiling broadly at the merchant. ‘It means,’ added the second brother, whose smile was even wider, ‘that if you search for the good in this seeming misfortune you will find greater fortune.’ ‘We leave you then with joy in our hearts,’ the youngest brother announced, his smile the widest of all, ‘for with this tragedy we know you have been blessed.’

With that, the brothers rode away, leaving the merchant to ponder on their words. Many years later, the Princes returned, stopping at the very spot along the river where last they had left the merchant. A servant ran breathlessly towards them and shouted in greeting: ‘O good brothers, my Master saw you riding from afar and he invites you to rest and partake of his hospitality.’

Following the servant, the Princes came to a great palace built on a high cliff above the river. There, the merchant greeted them, smiling so broadly his teeth sparkle brightly in the sun. ‘Welcome my friends!’ he hailed them, ‘and thanks be to the gods for your return. I have much to tell you and much for which to thank you. First, please, rest and prepare for the evening meal, at which you shall be my most honored guests.’!

Later that evening, after all at the palace had gathered to share the finest of wines and most delectable of foods, the merchant stood and bowed to the Princes. ‘My friends,’ he began, ‘when last we met, you gifted me with a word; a strange word, with a strange meaning. A magical, mystical word, you said, and as I pondered upon this, I watched the angry, swollen river.

Suddenly, I recalled my boyhood spent along the banks of this river. How I had loved the river! And it had returned my love with friendship. It had shared my play and my dreams. It had even spoken to me, many times. I had forgotten that as a man, but I remembered now, and I became quiet in my heart, listening intently to the rushing waters. They were speaking, it seemed to me, of my palace.

´This is not the place,´ the river whispered urgently. ´Lift your sights and you will see.´ ‘I looked above the river. There was a promontory high above it I had not considered this spot before as it was somewhat difficult to reach, but as I gazed upon it I allowed my heart to lift. I realized the river was telling me a more magnificent view of its span would bring me greater joy than sitting along its banks.

´Apocatastasis!´ I shouted aloud, and joy filled my heart, even though I had lost all of my treasures and most of my wealth. ‘I sent my servants up the mountain to mark out the foundations for the palace I would someday build. My servants, in working the earth, discovered a field of priceless jewels. ´Apocatastasis!´ I cried out once again when they brought this news to me.

‘With the wealth brought to me by the river, I built a grander palace than any I could have imagined. I invited all that I knew from all the Kingdoms I had traveled to come and partake of the generous hospitality I could now afford. ‘My friends have come and they bring treasures that fill my many room; though the company they bring is more precious than these gifts. I feel blessed beyond measure, and the youthful zest of my youth has been returned to me. My friends, my family, my good health – these are my greatest treasures. From my misfortune has, indeed, flowed the greatest good.’

Together, the merchant and the Princes raised their wine and in unison toasted as one: ‘APOCATASTASIS!’ 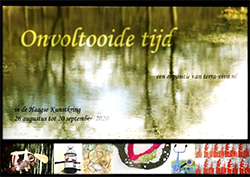 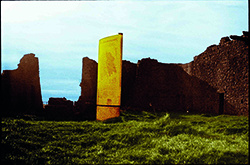